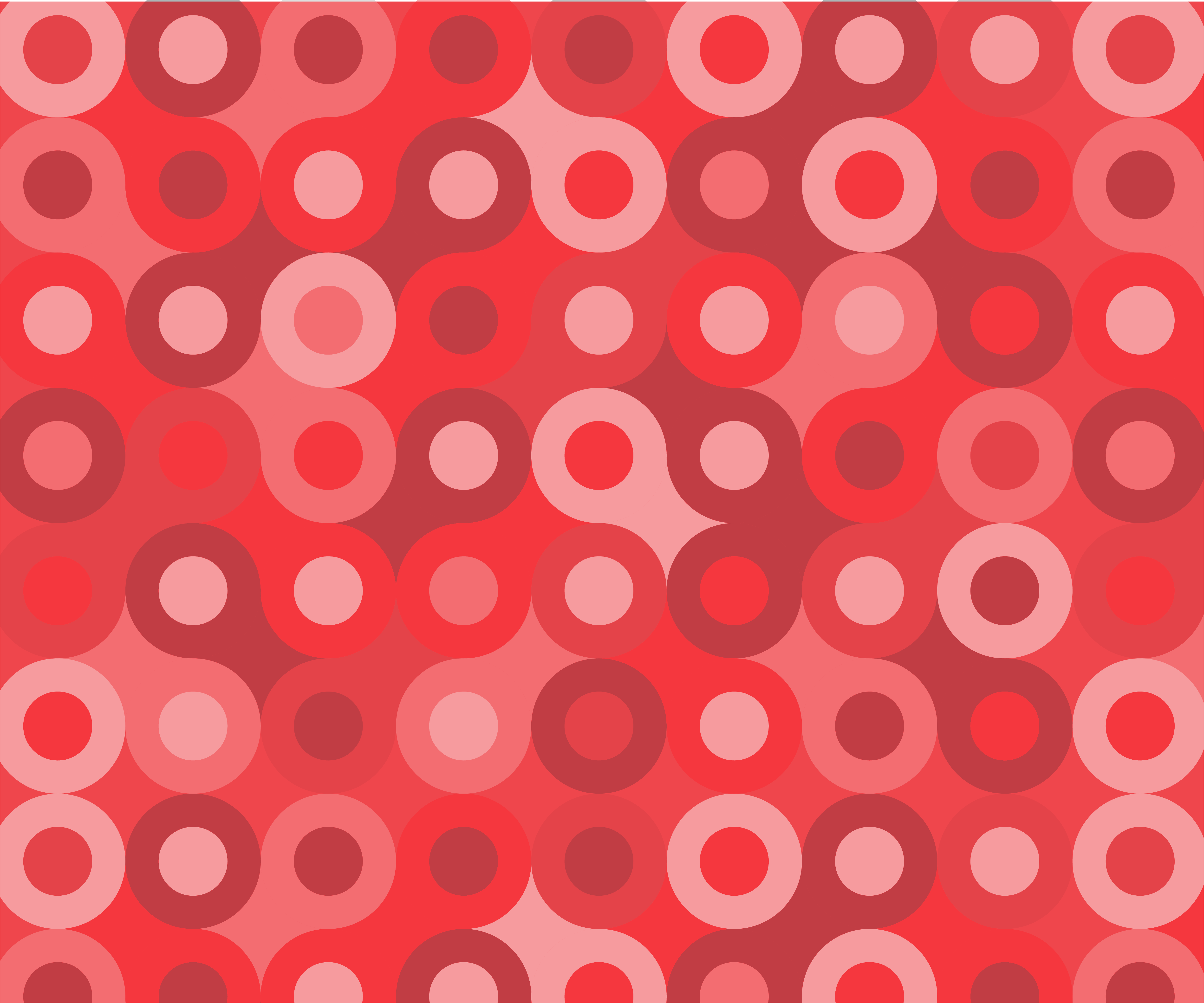 Everything that Valley Partnership is involved with is part of its pursuit of a mission, which is to be the premier advocacy group for responsible development in Arizona. As an organization, Valley Partnership represents the commercial, industrial, multi-family and master-planned real estate development industries and works tirelessly to present a balanced, pro-development perspective and the best industry education and networking opportunities.

“Thanks to the hard work of the membership, board, and especially VP staff, the organization is at the forefront of practically every issue facing developers today,” said Keith Earnest, executive vice president of VanTrust Real Estate and a member of the current board of directors. “The organization prides itself on working alongside the various stakeholders in a given situation to find the most advantageous result for all involved. By taking a win-win approach, Valley Partnership has continued to be a driving force in the Valley’s real estate community.”

When Cheryl Lombard became Valley Partnership president in 2015, one thing she did was help the group come up with a well-thought-out plan of attack. The leadership of the group had spent a lot of time discussing what its priorities should be and where to focus its time and resources so that it could have the most positive impact. Early in her tenure with Valley Partnership, Lombard and the group’s board of directors had a retreat where they narrowed down their organizational goals and put a strategic plan on paper.

“We then took it to all of our committees and we had many membership discussions about it and then we finalized it,” Lombard said of that initial strategic plan back in 2015. “It was just an internal document at that point and it was for three years. I was really just using it for our advocacy efforts and what we would work on and use to attract sponsors and board members.”

This internal document was put to good use by Valley Partnership, and the group has grown since 2015, more than doubling the amount of sponsors in the organization. But, the development climate in Arizona has also changed, and Valley Partnership constantly strives to be ahead of the curve on development issues in the state.

“It is always important for any organization to periodically evaluate its mission and craft new strategic plans,” said Karrin Taylor Robson, founder and president of Arizona Strategies and a former board chair of Valley Partnership who is now an honorary board of directors member. “We live and operate in a dynamic environment and failure to recognize and adapt to changes is usually a precursor to organizational failure.”

In 2019w, the Valley Partnership executive committee set out on refreshing the strategic plan. The final document that they drafted is one that will complement the organization’s main mission, which is to be the premier advocacy group for responsible development in Arizona. The new strategic plan, which will run from 2020 to 2024, is based on two main pillars: Advocate and Build.

“Valley Partnership and the Arizona State Land Department (ASLD) have two important components in common — advocating for the prudent and professional administration of the Trust and building a long-term understanding that the Trust plays a unique role in the state’s economic development,” said ASLD commissioner Lisa Atkins, who is also a member of the VP board of directors.

Responsible use and development of State Trust lands is one of the key issues that Valley Partnership focuses on, and Atkins added, “The new strategic plan underscores the benefits of aligning our interests and partnership opportunities.”

Taylor Robson added, “The new strategic plan builds on Valley Partnership’s 30-year legacy of advocating for responsible development. Valley Partnership has to balance the interests of all segments of the development community and as such the organization is considered a reasonable and well-respected voice in public policy discussions.” “The Valley Partnership Board of Directors is a reflection of our industry as well as the strategic direction of the organization,” said Tim Brislin, vice president of Harvard Investments and chair of the Valley Partnership executive committee. “(Valley Partnership president) Cheryl Lombard and our executive committee strive to bring in a diverse group of developers and key consultants from each of the real estate disciplines. Additionally, we include state and municipal partners to seek their input and create relationships that are integral to addressing industry issues.

“As part of the executive committee my responsibilities include being mindful of the issues facing real estate development, to actively participate in the many dialogues we have as a group, and always strive to find solutions that advance responsible development.”

The board has attorneys, brokers, engineers, general contractors, city and university leaders, subcontractors and even the director of the community initiatives team at Luke Air Force Base, Rusty Mitchell.

“We understand that while each discipline is unique, there are many areas of overlap where our members can share ideas, best practices, and solutions,” said Brislin. “There are also several issues facing the real estate industry where a united voice is needed. Valley Partnership is special in that we have the ability to align our voices on pivotal issues for our industry.”

With members from all facets of the industry, the Valley Partnership board is uniquely positioned to provide an informed perspective on an issue that could affect the industry. It is this in-depth understanding of the issues that allows Valley Partnership to take up the organization’s positions and effectively lobby leaders at the local, state and even national level.

“Valley Partnership takes a proactive approach in researching the needs of their constituency then supporting, or initiating policy that advances responsible development at the city and state level,” said Keith Earnest, vice president at VanTrust and a Valley Partnership Board of Directors member. “The organization is well known for collaborating with all levels of government in providing thoughtful solutions to complex issues.”

“Having input and leadership from each affected group in our industry is critical to finding the right solutions,” Brislin said. “Cheryl has done a great job working with our board to synthesize and communicate Valley Partnership’s strategic goals.”

Of the two pillars of Valley Partnerships strategic plan, it’s easiest to see what the group has done to Build. Each month, Valley Partnership hosts its Friday Morning Breakfast events, which informs the membership about critical issues and provides valuable networking opportunities. There are also opportunities to build relationships at other events, such as the annual golf tournament and day at a spring training game.

Valley Partnership has also done an effective job of building its organization with a large and diverse membership that represents all parts of the industry.

The group also builds community spirit with its Community Project that has impacted thousands of lives in the Valley, as well as building the next generation of industry leaders through its ADVOCATES program, which is for members 35 years old and younger.

“Valley Partnership’s ‘Build’ mission focuses on building on its 30-year legacy of responsible advocacy for the industry, providing education for its members, developing future industry leaders and continuing to build on a robust history of giving back to our community,” said Taylor Robson.

While Valley Partnership has been effective as the industry has been thriving during the past decade, its strength as an advocate and a builder really began to show during the COVID-19 crisis in the first half of 2020. As business slowed due to new social distancing guidelines and stay-at-home directives, Valley Partnership was working to build solutions to problems that arose and advocate for the industry.

Lombard said that Valley Partnership would have weekly calls with its members who are developers. The calls would inform the members on Valley Partnership efforts to get construction deemed an essential business, the importance of federal guidance on commercial loans, extending the deadlines on 1031 exchanges and opportunity zones, as well as how to best re-open the state economy.

Valley Partnership also worked closely with the Governor’s office to come up with executive orders on essential businesses and a commercial eviction moratorium. Lombard also held regular calls with local, state and national officials to keep the membership updated.

There are a couple of key development issues that Valley Partnership’s work has stood out on in terms of its Advocate pillar. One is water policy and the other is how to best utilize our state lands in Arizona.

Early in 2019, Arizona Gov. Doug Ducey signed legislation that enabled the Drought Contingency Plan (DCP) to go into effect in Arizona. The DCP is a stewardship plan for the state’s water supply and provided a greater amount of certainty for water uses and gives more water management control to the state of Arizona. Then, on May 20, 2019, representatives of all seven Colorado River Basin States (Arizona, California, Colorado, Nevada, New Mexico, Utah and Wyoming) and federal officials signed DCP plans for the Upper and Lower Colorado River basins. Together, the plans are designed to help stabilize the river system, and to help reduce the risk of the system reservoirs falling to critically low levels. The plans represent a tremendous degree of collaboration and compromise among the seven States, as well as by the system’s water users.

Lombard was a member of the Lower Basin Drought Contingency Plan Steering Committee that helped establish these vital plans for the region.

“The Drought Contingency Plan, which was signed last spring, protects water supplies for 40 million people who rely on the Colorado River for their drinking water and to sustain their communities,” said Morgan Snyder, program officers, environment program for the Walton Family Foundation. “As we face the fast growing threat of a global pandemic, a safe and secure water supply is a cornerstone of public health.

“Valley Partnership did a lot to facilitate agreement among the interested parties. The VP perspective tends to have a broader and a longer-term view than other parts of the developer community. Because of this, their interests align well with long-term water sustainability. Having Cheryl at the helm, who has a deep knowledge of the issues, makes all the difference.”

Gammage, whose law firm focuses on issues relating to real estate, development and public policy, including water issues, said that having Valley Partnership involved in setting water policy is important because of the groups’ understanding of the “big picture of Arizona’s water situation.”

“The existence of an umbrella organization like Valley Partnership is critical to giving the development community the breadth of perspective necessary to be influential in water issues,” Gammage said. “In this cacophony of voices, Valley Partnership is nearly unique. While Valley Partnership explicitly represents urban interests in the Phoenix metro area, it has appreciated the relationship between Arizona’s agricultural heritage and the economy of the state. It has championed cooperative, constructive and creative solutions to water management decisions.”

On the State Land Trust topic, having Commissioner Atkins as a board member speaks volumes for how important the group feels this item is in advancing responsible development in the state.

“Valley Partnership members recognize the purpose of the Trust; to provide a revenue stream in perpetuity to support 13 defined Beneficiaries, the largest of which is K-12 Education,” said Atkins. “The VP strategic plan recognizes and is committed to fulfilling the purpose of the Trust through a clear statement and commitment to assisting the Land Department in the prudent and professional administration of the Trust in its advocacy platform.” 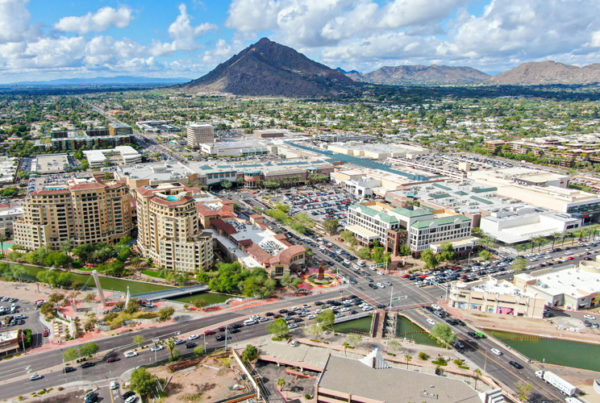 As state reopens, what’s next for commercial real estate in Arizona? 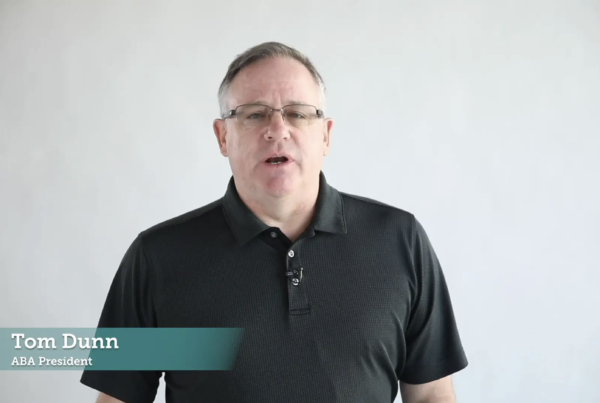